Both parts of the Ugly Leafi Sweater Costume could be obtained for free by claiming the Make-A-Wish Tier 1 community reward bundle until January 25th 2019. They will most likely become available again in December 2019.

If you have claimed the Make-A-Wish Tier 1 community reward bundle during the Christmas event in the Store before January 25th 2019, you can wear any of the parts of the Ugly Leafi Sweater Costume set separately or as a combination if you activate the according body parts in the "Costumes" section of your character model.

Costumes are "skins" (in actual fact complete 3D models) that can replace the look of equipment and even body parts of your player character for as long as these skins are activated/selected.

This Costume is usually only available for ca. one month during the seasonal Christmas-event and will most likely become available during future Christmas events again.

The Make-A-Wish Tier 1 bundle was unlocked by donations of players on Dec. 20th 2018 and could be claimed by all players for free in the Store from then on until the end of the Christmas event on January 25th 2019.

If you have missed the opportunity to claim this free bundle before the event has ended, you will need to wait until December 2019 when this Costume is going to become available again. Since Costumes are account-bound, they cannot be traded amongst players.

The 3 Make-A-Wish Community Reward Bundles were part of the donations campaign for the Creativerse Christmas Holiday event Elfi's Wonderland 2018 that ran from December 19th 2018 until January 25th 2019 and was dedicated to charity. Playful was donating a portion of revenue and 100% of all Make-a-Wish Donation Bundles sales from the event to the Make-a-Wish Foundation that grants wishes of children who have been diagnosed with critical illnesses.

The goal of this fund raising was 10,000 US$, segmented in 3 tiers or "milestones". Whenever one more tier/milestone of the goal was reached, the according Make-A-Wish Community Reward Bundle (Tier 1 - 3) became claimable for free in the Store of Creativerse for all players, no matter if "Pro" or F2P.

Please note that Costumes will not be placed in the shape of items into your inventory/bag, neither as a content of any item bundle, and no crafting recipe will be added for any Costumes. Costumes also cannot be crafted, which also means you can't make any spare ones.

Instead, if you have claimed the Make-A-Wish Tier 1 bundle in time, all 2 Ugly Leafi Sweater Costume set parts are now available for your user account to be selected on all Creativerse game worlds when you click the "Costumes" button over your character equipment "doll" to the right side of the inventory, or on the main screen by clicking on "customize character".

The Ugly Leafi Turtleneck Arms can be selected by clicking on the arms Costume slot, which will bring up a small window with all arm Costumes that you own in order to let you select one of them.

All Costumes that you claimed or bought are account-bound and can only be found as a selection when clicking on their respective costume slots. This means that you cannot claim or buy the Ugly Leafi Sweater Costume set nor any of its parts another time, and you cannot give Costumes to other players.

Once you have obtained the Ugly Leafi Sweater Costume set by claiming the Make-A-Wish Tier 1 bundle, all the 2 Costumes that are part of this set can be activated individually on your player character's 3D paper doll by clicking on the word "Costume" above the head of your player character's model to the right side of your inventory or by clicking on the words "customize character" on your main screen before selecting any game world (or adventure).

You'll see on your character "doll" that this arm Costume is made of two long sleeves, one of them partly covered by the ArcTek Gauntlet that is worn on the right hand and forearm. The base color of the Ugly Leafi Turtleneck Arms are adjusted in color to the color of the shirt that you have selected and can change in the character customization. The decorative "stripes" at the elbow and left cuff will have the color of the shirt trim that you have selected and can change.

To later on deselect the chosen costume or to select another one, simply click on "Costumes" again and on the according costume slot/part once to then choose either another costume or none (by clicking on the red crossed-out circle). The selection can be turned off and on again any time you like, either on any game world or on the main screen.

Since update R55 on August 22nd 2018, your player character will keep all the selected Costumes on all game worlds and will no longer be able to sport different looks on different game worlds.

Neither the stats (armor defense points) nor the durability of the original equipment are affected when a Costume is worn/activated, no matter how sturdy or strong the Costume looks like.

Only if you equip armguards as actual armor parts, the stats will change according to the armguard defense points in their actual equipment slot, while your player character will still be shown wearing the chosen Costume, and will keep looking that way even if you unequip all actual equipment.

How to change the colors of this Costume

On the left side you'll find the customization windows for your character's clothes (and body parts). You can scroll through the customization options by clicking on the arrows < and > on top. In order to change the colors for the Ugly Leafi Turtleneck Arms, scroll to the color selection for "shirt" and "shirt trim". 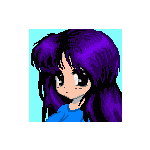